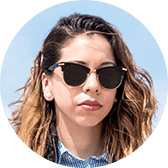 The Ovicidal Activity of Acetic Acid Vapors from Novokid

Department of Microbiology and Molecular Genetics

The Kuvin Center for the Study of Infectious and Tropical Diseases

The Ovicidal Activity of Acetic Acid Vapors from נובומיק בע"מ

The Ovicidal Activity of Acetic Acid Vapors from Novomic Ltd.

Purpose of the Study

The aim of the test was to determine the activity of acetic acid vapors to kill head louse eggs. For this purpose the following procedures were used:

Head lice (Pediculus humanus capitis) eggs were collected from the head of infested children with the help of a louse comb. They were brought to the laboratory the same (the following?) day and the experiment started immediately. Hundred head louse eggs from all developmental stages, which according to the morphological characteristics were looking intact with a developing embryo inside, were used for the test formulation, while another 100 as a control. Eggs were placed on a class Petri dish and1.5 ml of glacial acetic acid was placed in a Novomic® capsule (generation II). Using airflow through the capsule the acid was vaporized and flowed into a plastic bag containing a Petri dish with the eggs. A membrane was placed at the exit opening of the capsule to stop acid liquid from getting out. The air with the acid vapors was pumped for 10 minutes. As a negative control, untreated eggs were used. The eggs were then transferred to an incubator at 32oC and 65+5% relative humidity and were incubated for 10 days. Thereafter the number of hatched eggs (empty eggs shells) (living/surviving eggs) and those who were desiccated, collapsed or with unhatched lice (dead eggs), were counted.

While acetic acid killed 100% of the eggs, in the control group the egg mortality was only 28%, showing that under these experimental conditions and concentrations acetic acid vapors are very effective in killing head louse eggs.